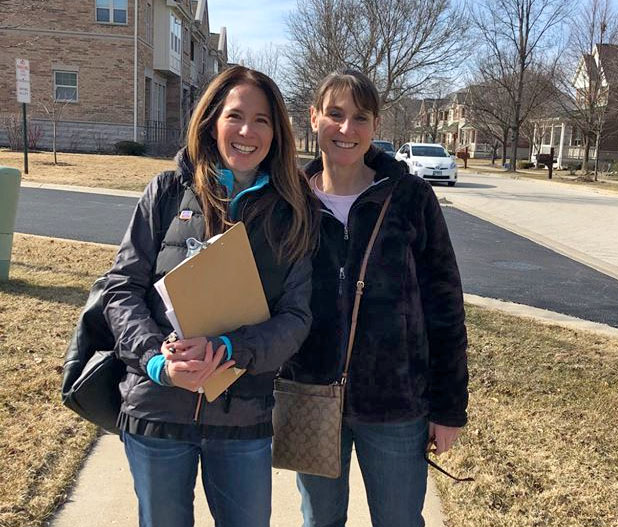 GLENVIEW, Ill. – State Rep. Laura Fine, D-Glenview, announced her endorsement of Jen Gong-Gershowitz, D-Glenview, in the Democratic primary race for 17th District State Rep. Fine is running for the state Senate seat being vacated by Daniel Biss. “In the 15 years I have known Jen Gong-Gershowitz, I have known her to be loyal to her
community, relentless in her fight for justice, and compassionate in her ability to understand people from all backgrounds and all points of view,” said Fine. “Jen’s life is devoted to service to others, giving up a career at a top Chicago law firm to focus on immigration and human rights issues in our community. My confidence in Jen as a thoughtful, principled leader in our community gives me undisputed confidence in her ability to represent us in Springfield with independence and integrity.”

As an attorney, Gong-Gershowitz partnered with the National Immigrant Justice Center to successfully represent victims of child trafficking and forced marriage. She most recently built
the immigration practice at a community-based legal aid clinic devoted to assisting low-income residents in housing, immigration and domestic violence. She is a former board member of the Glenview Education Foundation, a member of the Social Justice Committee of Northfield’s Temple Jeremiah and an active supporter of the United States Holocaust Memorial Museum.

“Laura Fine has represented our community well in the Capitol, and I am thrilled that she will continue to represent us as our next state Senator,” said Gong-Gershowitz. “As state
Representative, I’ll work side by side with Laura to advance women’s rights, fight for commonsense gun control, and hold the insurance companies accountable.”