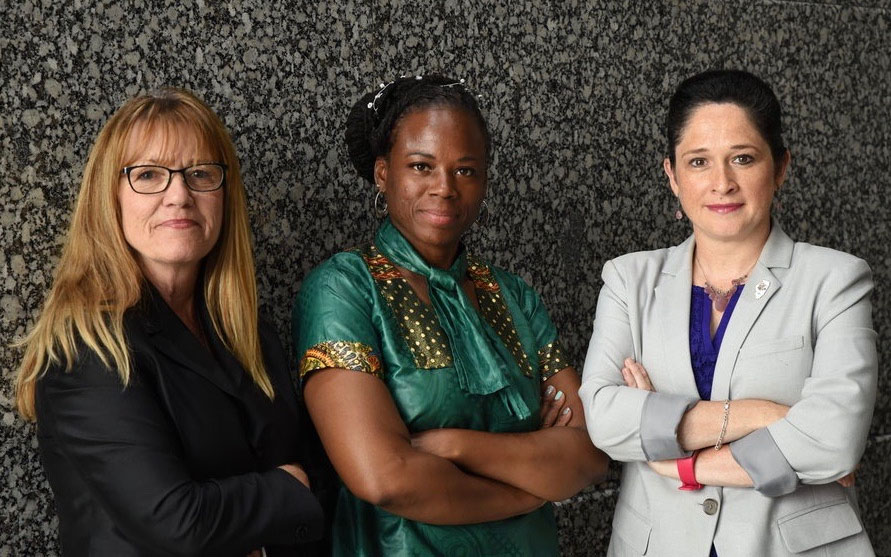 What began as a march has evolved into a movement where women from around the country and across the political spectrum have come together to say #MeToo and #TimesUp. I marched
too in the hope that our voices would be heard and our stories validated by action. Since then, there have been positive steps in the right direction—but not enough. On May 30, 2018, Illinois became the 37th state to ratify the Equal Rights Amendment and issues like equal pay have moved to the forefront of the political landscape. The danger now is that this progress, while significant, will be mistaken for victory and that we will return to business-as-usual. We must be vigilant in fighting any and all efforts to curtail women’s rights.

As a candidate for elected office, I have an obligation to use my platform to keep up the pressure for change. Harassment allegations against leaders in Springfield over the past year
have made clear that we need change not only in the adjudication of complaints in the Capitol but beyond that to the entire culture in Illinois politics.

The state Anti-Harassment, Equality and Access Panel led by Comptroller Susana Mendoza, State Senator Melinda Bush and State Representative Carol Ammons must have the authority necessary to make recommendations that professionalize human resources in the Capitol. The amendments to the State Officials and Employees Ethics Act included in HB 138 were an
important step but not the final word. While it frees the Legislative Inspector General from needing lawmakers’ permission to launch an investigation, it does not address the inherent
conflict in the Legislative Ethics Commission being comprised of legislators who are charged with overseeing their own. Material change cannot occur without a third-party investigation
that is independent of any political party.

We must demand independence in the bodies charged with overhauling Illinois’ political culture and handling reports of harassment. Our state and the brave individuals who have stepped
forward to improve the working environment for everyone deserve nothing less.